Echo Park *For the Record* The Backseat Gang.

First I would like to take a minute to remind you of the exciting new kid on the block called  Once Upon A .....Sketch . They don't just give great sketches but even help get the creative juices flowing with the journaling. There will be prompts as to how you should do it differently each week. I have seen the sketches as I am on this AMAZING designteam.
And as if it was not fabuloso  already, we have been joined by two more super creative ladies, Gerry Van Gent from the Netherlands and Carole Janson from Australia.
If you have not checked out their blogs you really should you know...!

This is a layout I made a couple of weeks ago with the beautiful DT-kit from Your Scrapbook Stash.

I got on very well in the beginning but then got stuck. I decided it was almost finished , but not quite.
I am still not a hundred percent sure about it, but wanted to share it as I am posting it to the gallery over at YSS today.
This is mostly from the kit. I just added the tiny roses and the buttons. But even those things can be forund in Ericas store.

The picture was taken maybe three or four years ago on our way back from Provence/France where we spend many vacations. It had been laying in my photo box for ages and I am very happy that I finally got to scrap it.
Many people complain that they can't go anywhere on car trips with their children because they fight. Well, then we are a small exception...lol! I think that maybe its because we have always been doing it, ever since the eldest was in a car seat. It would get pretty loud at times though if they should happen to get too close or they wanted the same game for the Game Boy etc.
Of course they fought in the backseat sometimes, but they would do that anyway, where ever they were. I guess that is one of the good things of having them a few years apart. Not so much fighting! And now they are older it is even better! 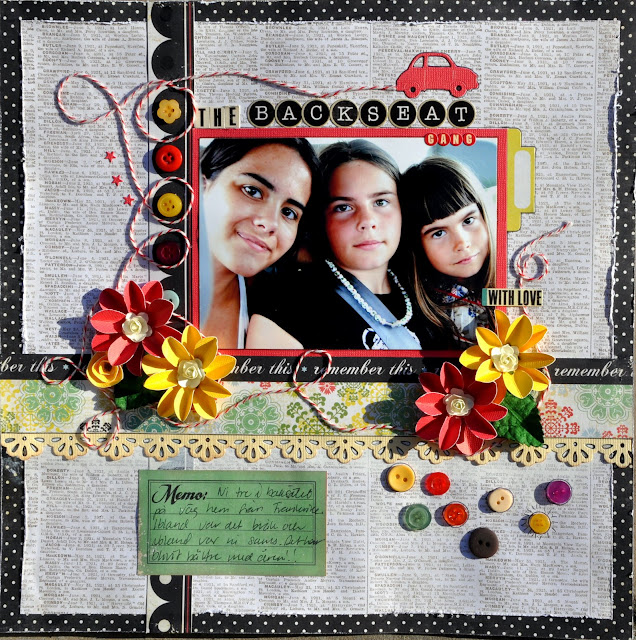 Twine and buttons,...gotta have them..! LOL 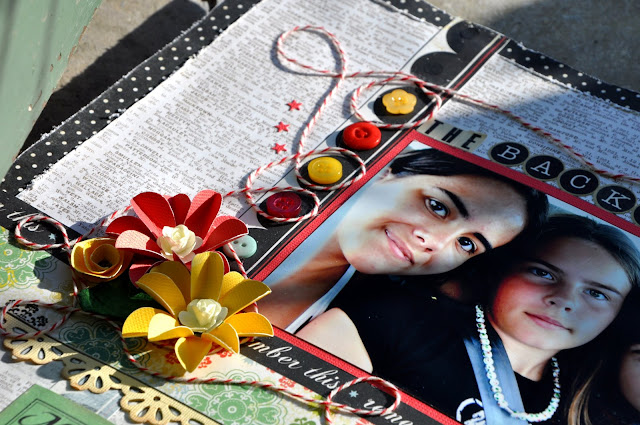 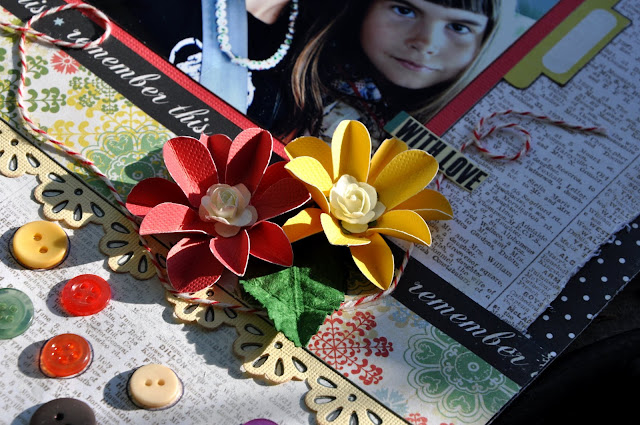 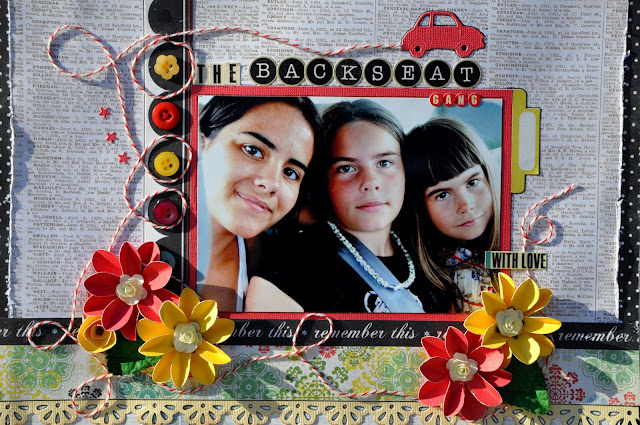 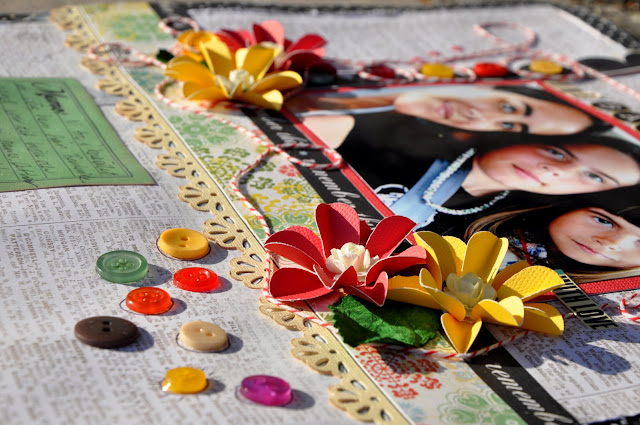 Cheerio, enjoy the week end!
Pin It
Posted by Bente Fagerberg at 10:44

Email ThisBlogThis!Share to TwitterShare to FacebookShare to Pinterest
Labels: YSS 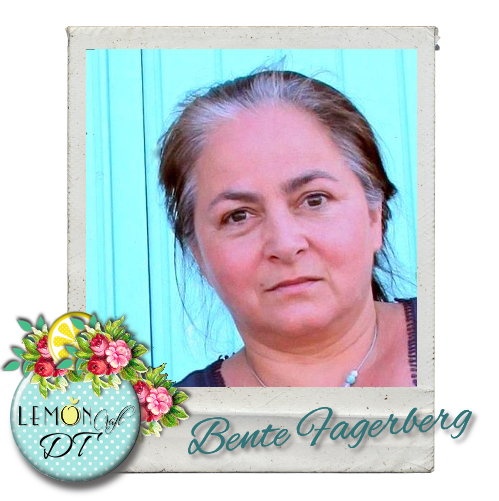 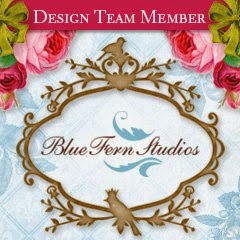